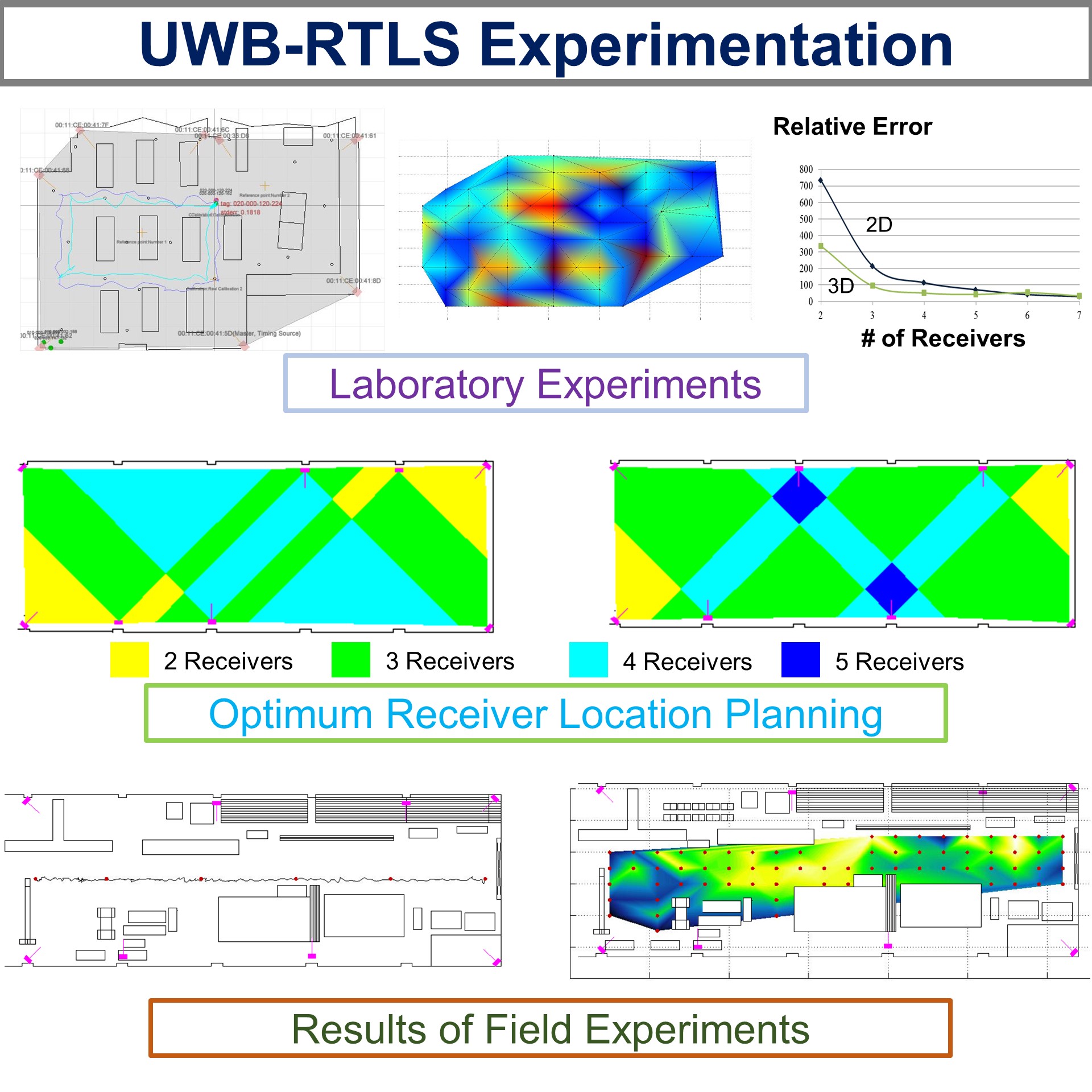 This research project focuses on the use of real-time location estimation systems (RTLS) on construction sites to automate the construction safety and security management processes. Automating the construction safety management process through real-time tracking of resources is vital since the risks associated with common fatal site accidents, such as falls from heights and collisions, have not been decreased noticeably through current safety policies and manual monitoring practices. An up-to-date knowledge of the location of resources can also minimize additional search for misplaced items and subsequentially detect theft of equipment and machinery. In particular, the accuracy of the RTLS becomes an important factor in the reliability of the whole system. Many factors, such as number of tags, number of receivers, speed, and distance, impact the accuracy of the location estimation using RTLS. Hence, comprehensive experimental analysis on the accuracy of these systems is required. Some of the results for UWB-RTLS, are visually shown in the image on the left, taken from the results of Maalek et al. (2013) and (2016).

Due to the dynamic and ever-changing construction site conditions, radio frequency (RF)-based RTLS technologies are generally favored over the laser-based or ultrasound-based distance measurement systems due to their ability to penetrate through walls and objects. Amongst various RF-based technologies and standards, such as WLAN, ZigBee, GPS, and Ultra-wide Band (UWB), UWB is expected to produce more accurate location estimation due to larger (wider) frequency bandwidth. This larger bandwidth allows for the differentiation between the line-of-sight (LOS) signal (the direct signal between the tag and the receiver), and the multipath signals (signals which are reflected off the surrounding surfaces), which in turn will provide better opportunities for more accurate location estimation. 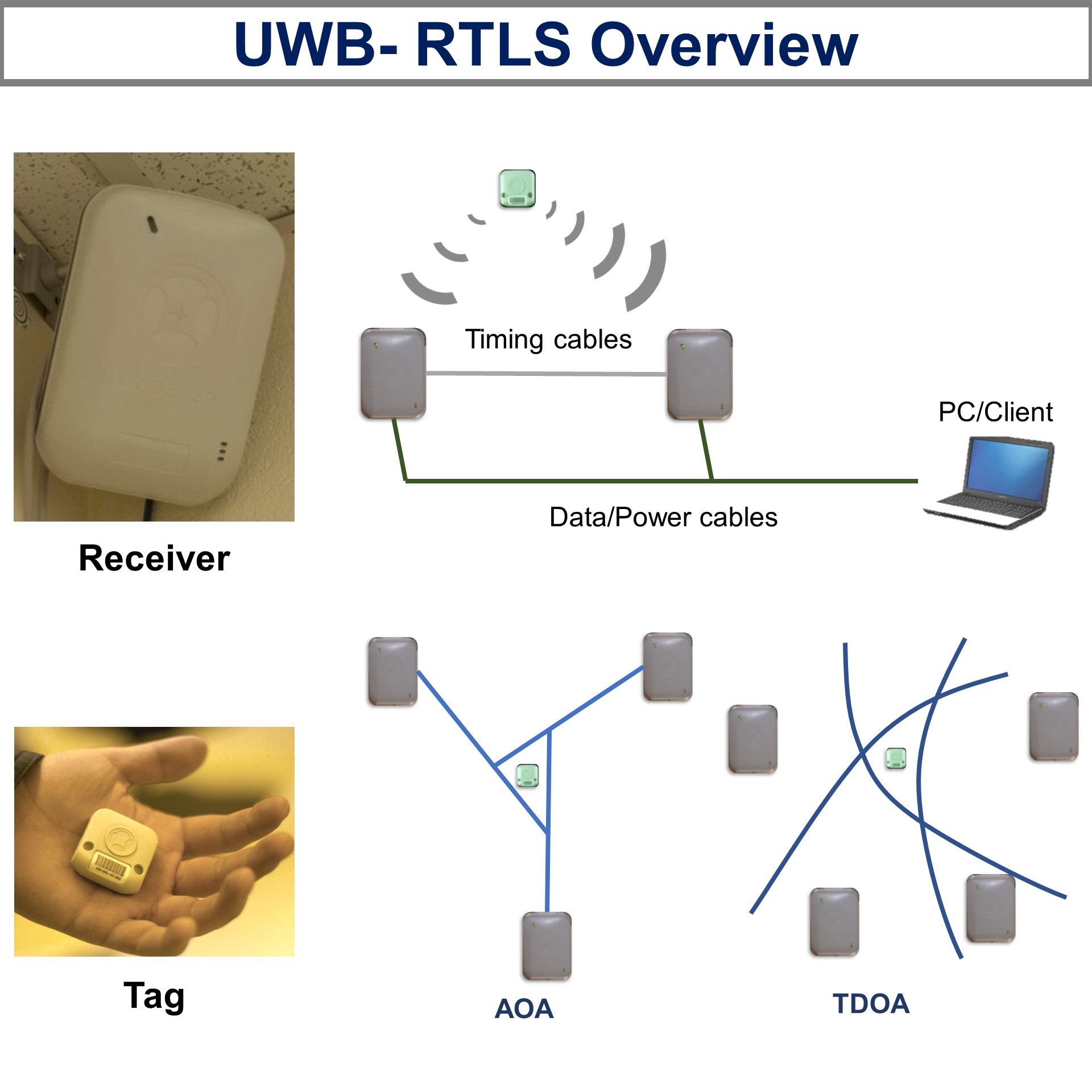 RF-based RTLS typically consists of small tags, which will be attached to objects (in our case construction equipment and laborers), and receivers, which are typically attached at pre-surveyed locations on-site (except for the case of GPS where receivers communicate with orbiting satellites). The tags communicate with the receivers, which then collects relevant data (e.g., time of arrival (TOA) or angle of arrival (AOA) of the LOS signal) for location estimation. When the signal emitted from the tag reaches the minimum required number of receivers, the location of the tag can be estimated. The minimum number of receivers depends on the type of LOS data, which the receivers collect from the tag. For instance, TOA and AOA require three and two receivers, respectively, to estimate the 3-D cartesian coordinates of the tag relative to the coordinate system of the receivers.